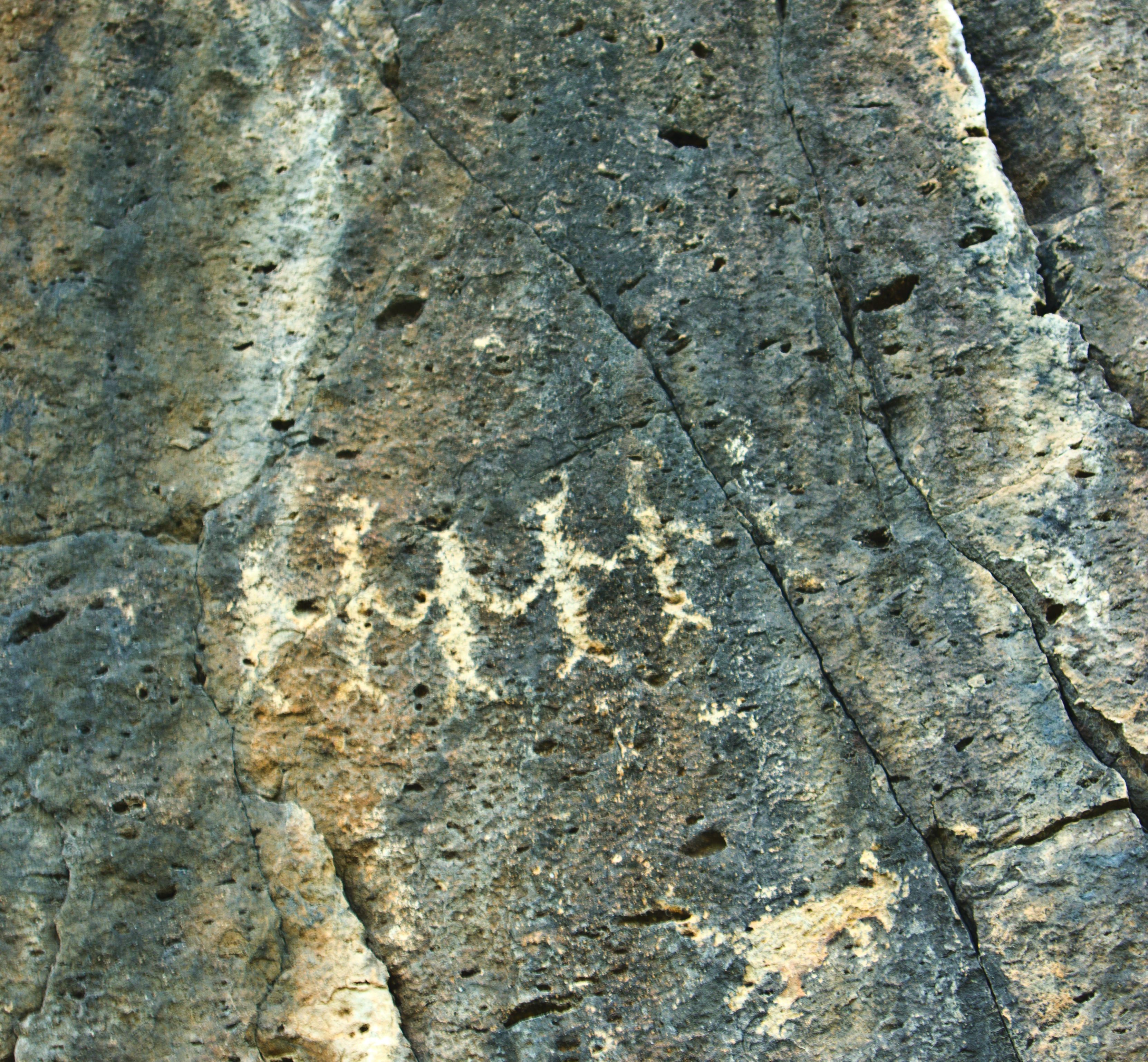 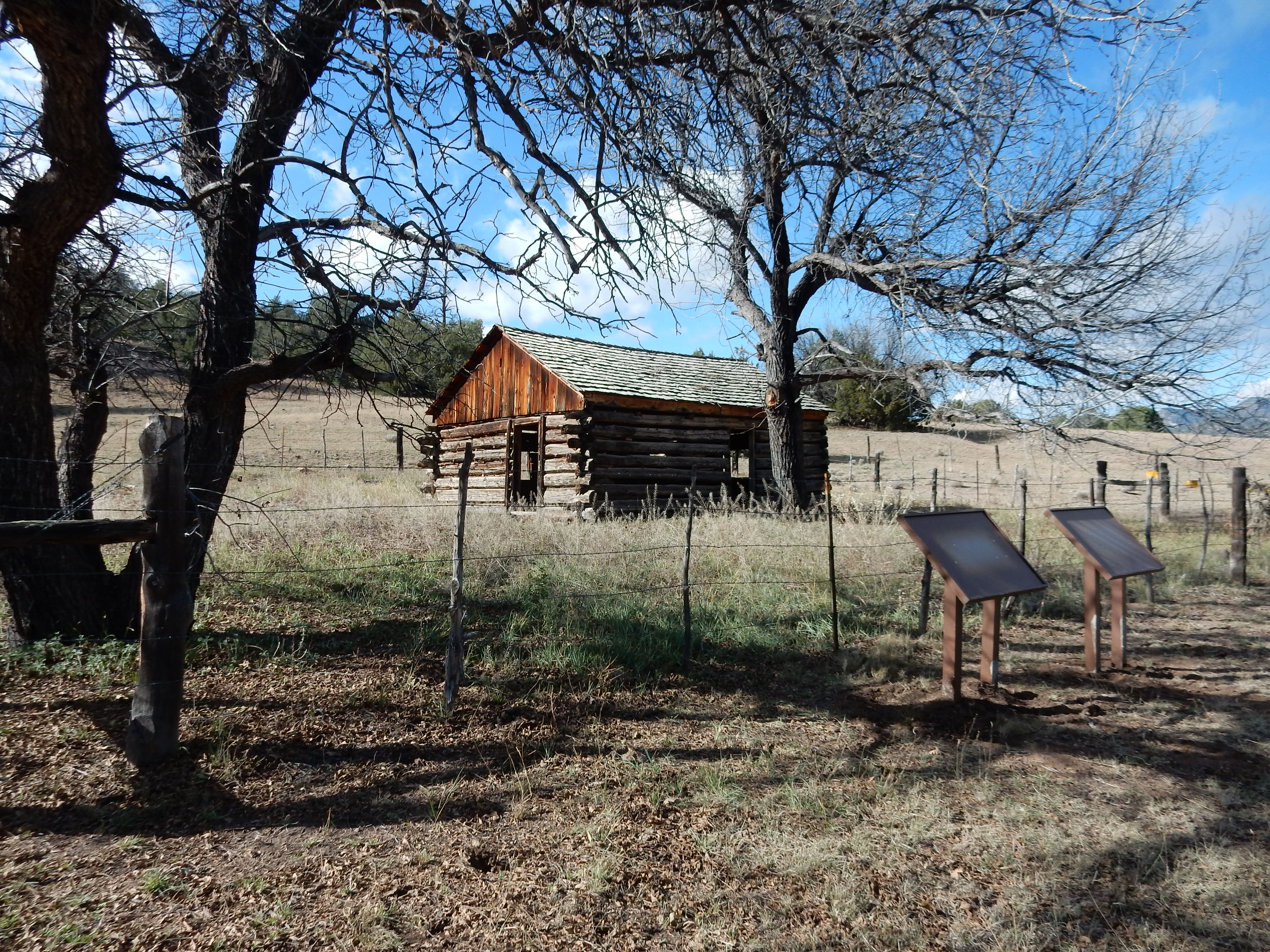 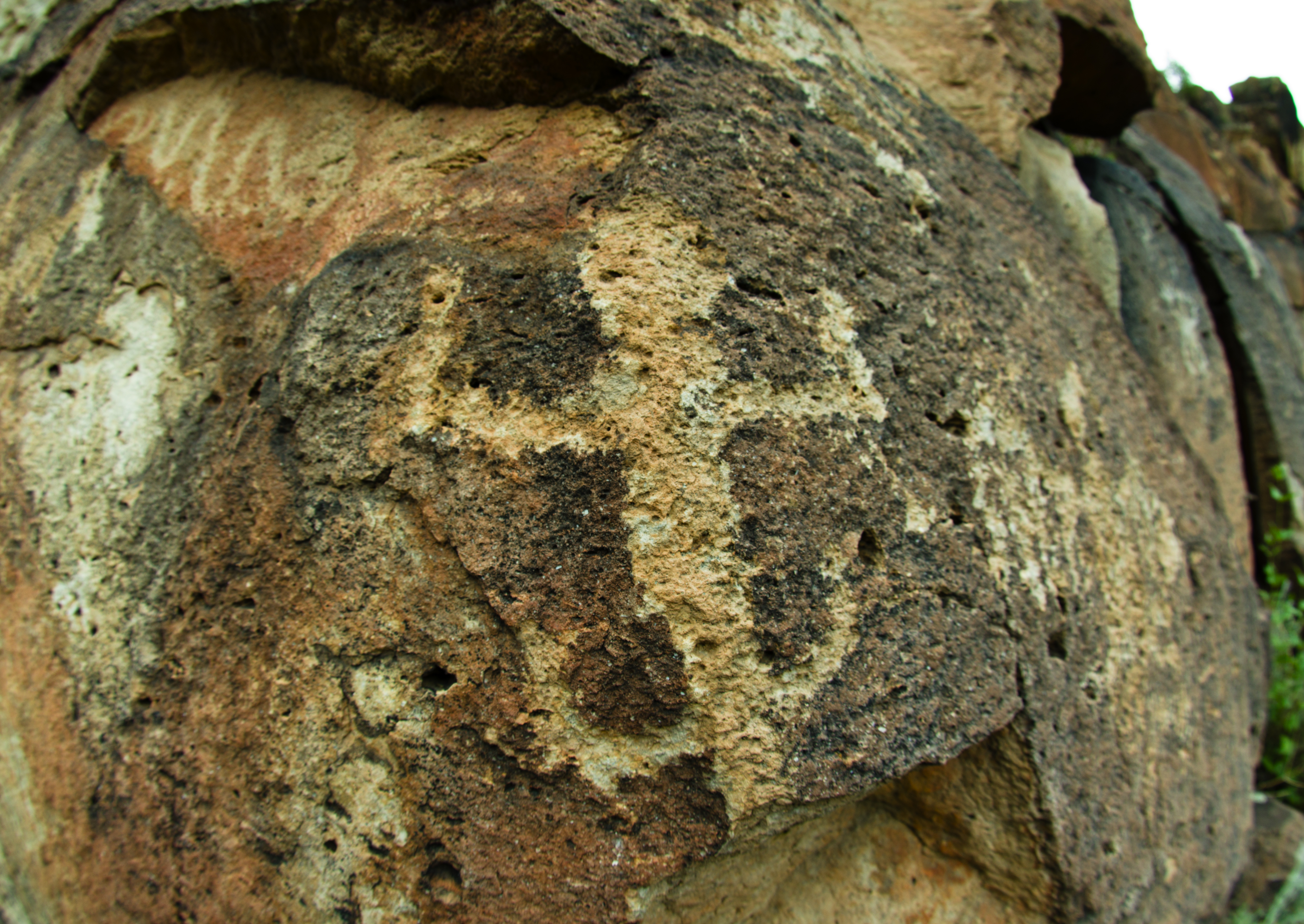 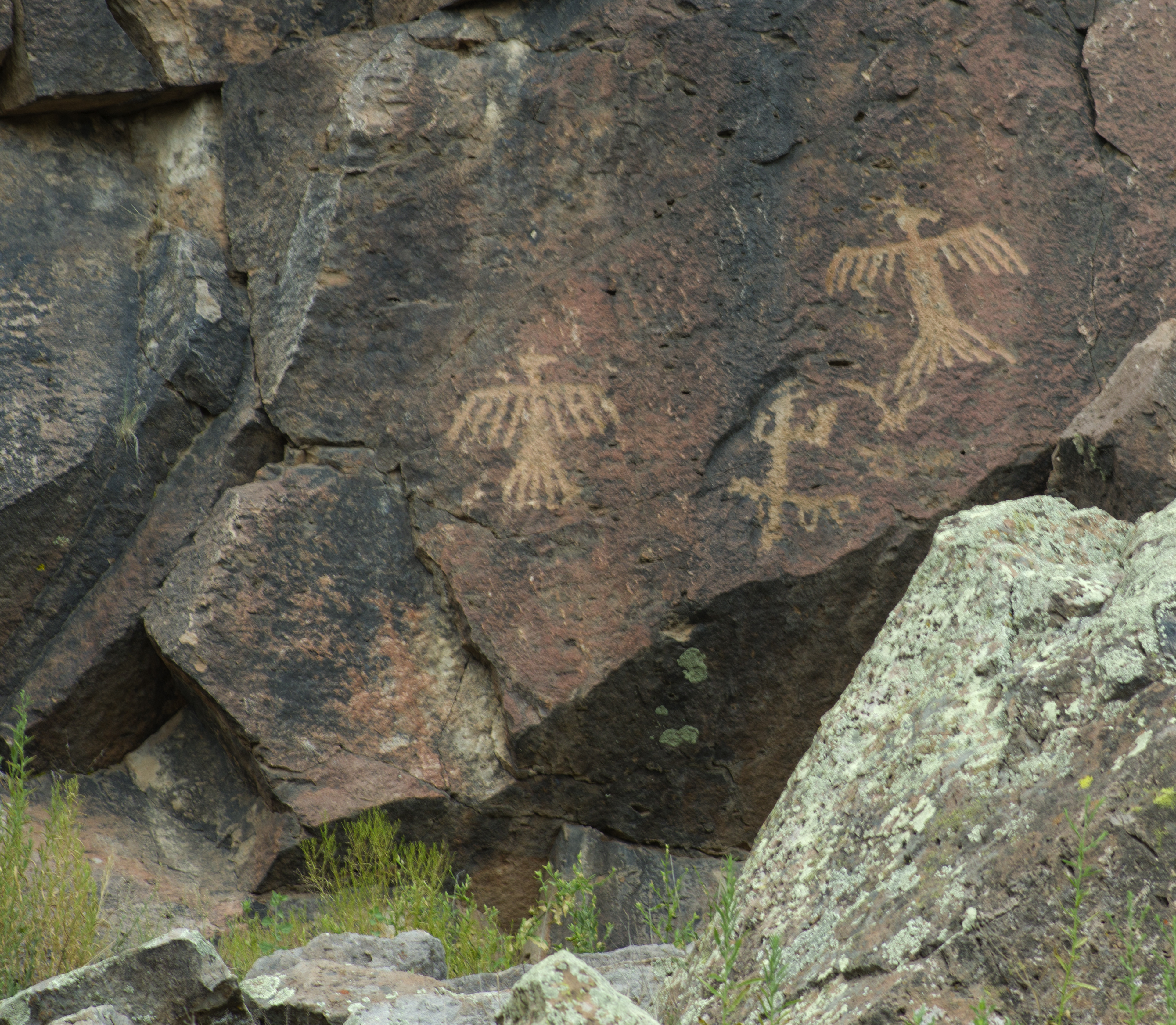 It is north of Reserve about 7 miles and just east of Hwy 12. It is “Walk in the Past Trail” on the map. There is a trail sign exit on the highway and people can follow the trail directions to the parking area that has a kiosk and picnic table. The moderate hike to the cabin and rock art site is 1 ½ miles one way.